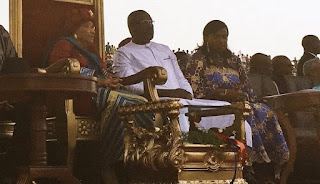 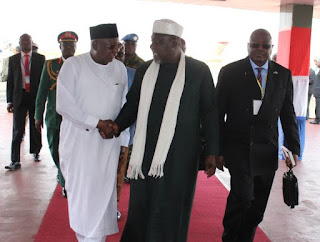 George Weah was sworn in as president of Liberia yesterday.

The former BallonD'Or winner took his oath of office inside the Samuel Kanyon Doe Sports Complex in Monrovis, in an event that had several African head of states and football stars present 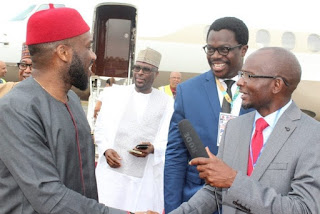 I have spent many years of life in stadis, but today is a feeling like no other," Weah said.

I have taken an oath  before you and before Almighty God . Rest assured I will not let you down". 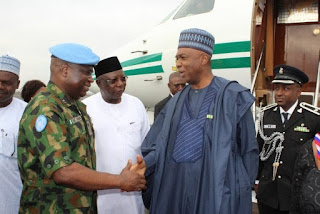 "This victory would not havr been possible without the youths of this country, who made their living selling in the market.

"This is your government."
Weah won Liberia's presidential election in December, after securing 12 out of 15 counties in the west African natiin, thus succeeding Ellen Johnson Sirleaf.

The 1995 Fifa Ballon d'Or winner and three time African Player of the Year defeated 73 year old Boakai to become the country's 24th president.
Weah succeds Ellen Johnson Sirleaf, who is the first elected female head of state in Africa.
This transition of power represented the country's first in 47 years.