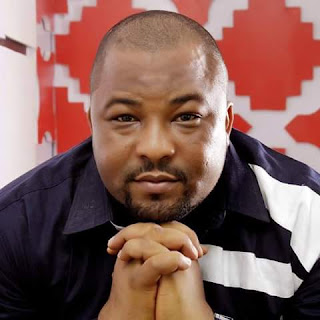 He obtained a Bachelor of Science in Education degree in Geography with a Second Class Upper Division from the University of Port Harcourt in 2004. He has Masters in Business Administration in ESUT Business School, Enugu with option in Advertising and Public Relations.
He is a member of Nigerian Institute of Management, Kaduna chapter. He was a one- time President of the National Association of Curriculum Studies and Educational Technology Students (NACSETS) Uniport Chapter 2003-2004 and a representative of National Association of Akwa Ibom State Students, Uniport Chapter in the Uyo Federal Constituency, 2002-2003.

Mr.  Imeh  David  Michael started his working career as a Graduate Assistant in the Department of Education, Ahmadu Bello University, Zaria where he served as a corp member from 2005 to 2006. Some of the duties performed were assisting lecturers in administrating lecture notes, supervision of examination within the faculty.
He was later employed in Atlantic Shrimpers Limited, a Sea Food Company situated in Victoria Island, Lagos from March 2007 until June, 2007 where he was a Customer Service/ Public Relations Officer. He supervised sales of the company’s products, liaised and maintained relationship with customers within and outside Lagos State and he also established smaller outlets to facilitate redistribution of products from the company to customers.

He later joined Globacom Nigeria Limited- in July 2007 as a Regional Retail Coordinator (Sales).Some of his job function included achievement of daily, weekly and monthly sales, supervision of sales of the company’s product within the region which comprise Aba, Uyo, Umuahia and Calabar. Liaise and manage relationship with relevant bodies, units and government on communication empowerment to youths especially in the rural hinterlands by working closely with the public sector, represents the regional manager (sales), perform HR functions such as recruiting and training of canvassers within the south east region to carry out sales, publicity and brand popularity within the region. Mr. Imeh Michael made some professional strides which include the growing of their retail business from 300 subscribers to over 15,000 subscribers in Akwa Ibom, Cross Rivers and Abia State within two years before resigning in August 2012
But his quest for more made him made him up his game profession as an integrated Marketing communication specialist. In September 2012, he joined Telecoms giant MTN Nigeria Limited as a Trade Marketing Consultant. A position he occupies till date.

With about 10 years on the field, he has interacted and enhanced profitability in his company his rare proficiency in human capital development. It has been credited to his record as the first regional staff to employ and manage the services of  over 200 young male and female ad-hoc staff in the recently concluded Project –WIND (A sim registration exercise held in Rock view Hotel and Benconn Hotel in Owerri, Imo State. His proficiency and professionalism combined with good interpersonal skill and people management prowess also made him the only staff in MTNN to have coordinated two mega hotspots for registration Pan-Nigeria.

Mr. David Imeh was the convener of the U-CONNECT 2017 Maiden edition (A business and empowerment summit for leaders and professionals of all institutions and students)


Worthy of mention is the fact that he is the CEO/MD; DN Optionz services Nigeria A Product marketing and Distribution Company largely operated by his wife and Chief Operating Officer (Mrs Nimi David-Imeh)

He has been able to impact the many lives of youths in his local church by empowering them with skills in music and enabling them show case their God given abilities/talents. He is highly intelligent, imaginative, a people’s person and he has flair for writing and youth/human capital development.
His greatest possession is GOD, a God-given wife and 2 Children.