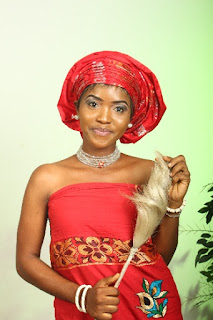 The maiden  edition of Face of Arise Africa beauty pageant  held this year on Saturday July 29, 2017

Musical Icons like IOC Walter, Henry Joshua, Ok Davis, Lady Gaga and Kelvin Frettless were there to thrill the guests with beautiful music


The special madien edition of Face of Arise Africa event held at Benchmark Hotels, Ikenegbu Layout Owerri with Imo-born beauty, Precios Okoro emerging winner of the 2017 edition defeating over 37 contestants to clinch the crown in a keen contest.

The reigning beauty queen who represented Angola was crowned in the presence of guests and audience who witnessed the special moment as ladies representing various countries in Africa competed for one crown while exhibiting beauty, talent, grace and intelligence.

The Face of Arise Africa Queen was given a crown alongside other surbordinate queens to start up their journey as  beauty queens. Winner of Face of Arise Afrika Pageant adores the cover of Arise Afrika Magazine  as the brand ambassador. She becomes a role model to the youths and also part of Team Arise that impacts various skills to youths inorder to make them self reliant.

This pageant is unique because lots of brand ambassadors emerged.  Over 10 beauty queens!!. They were all given fancy bouquets and sashes as they smiled at the audience.

The event  peaked with presentation of awards to well deserving personalities and brands. According to Founder/Ceo Arise Afrika Ikechukwu Anyanwu
"Face of Arise Afrika is glad to celebrate all our Awardee positive efforts. Their indelible services to the people well noted and attracted this special recognition/award"

The Awards were conferred at Face of Arise Afrika Magazine Awards which took place at the event after weeks of voting in various categories.

The organizers of the occassion described the Awardee as their hero, statesmen, Entrepreneurs, educationist whose vision, tenqcity and hardwork is transforming Africa, and Imo community into a better place to live, do business and raise families.