2019: Publisher Arise Africa Ikechukwu Anyanwu says Youths are on track to take over 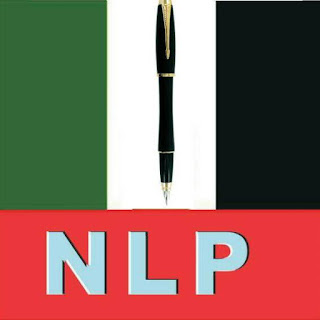 He said this over the weekend  shortly after emerging Zonal Chairman South East of National Liberation Party.
Anyanwu recalled that in time past the youths were only being used by the politicians who gives them handouts, uses them for political thuggrey, voilence, carrying of ballot boxes etc 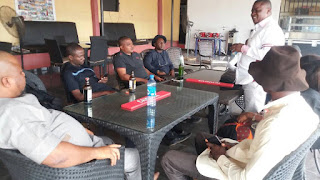 He congratulated Amb Imeh David, BOT member of NLP and other founding members of this great party for ushering a new dawn for the masses by birth of National Liberation Party.
"We are delighted to herald a new dawn for the masses through NLP.
Nigerian youths must Arise and Make a positive Difference now. The time is now and the vehicle that would take us all to that destination is NLP."

He noted that the lack of visionary leadership, incoherent national charter, and corruption are the three factors that disrupted Nigeria from achieving its glorious promises. How the nascent premier African state became unable to fend for, and defend the liberty of, her citizens in less than six decades will give the best of Quentin Tarantino’s productions a run for its money. It is so sad that the situation has now degenerated to the point where Nigerian citizens are traded openly at the Libyan slave market.

While the horrific scene received global disapproval, the present crop of Nigerian leaders became the proverbial ostrich that buried its head in the sands to avoid being seen. While I do not support any forms of slavery, the present administration alone is responsible for the latest inhumane treatment of Nigerians. When the President defined Nigerians to the world as irresponsible criminals, he crushed every iota of the human dignity of over 180 million Nigerians. The president’s statement also empowered the world to view and treat Nigerians as a bunch of disposable beasts of no nation that can be debased, ejected, slain, enslaved and sold into slavery without any consequences.

The fact that the possibility of becoming a victim of cruel treatment does not deter Nigerians from fleeing their homeland in record numbers is a good measure of the failures of the instant government. Ironically, the President and his team continue to hail historic achievement as the crumbling economic and civil apparatus imposes a critical stress on the social balance of the nation. Only a delusional and clueless person can postpone the benefits of “Change to the year 2018 and still claim delivery of benefits before the year 2018.

There is an opportunity in the epic failure of this and other administrations like it. If you are unhappy about the current sorry state of the Nigerian political landscape, you are not alone. I invite you to engage in practical and positive civic activities to help put the leadership of Nigeria in responsible hands. We cannot surrender leadership to incompetent and visionless power drunks just because they are rich and famous. The year 2018 provides another unique opportunity for us as a nation to unite, organize, and develop a useful political framework to steer Nigeria to a different and better direction.

The Nigerian youths must start a steady takeover of the political and leadership structure at all levels by the year 2019. While the majority believes restructuring is the key to breaking Nigeria free from her past difficulties and poverty, effective reform is only possible if we have enough visionaries in strategic political positions. In a nutshell, the youths must bring their educational, creative, and enterprising capabilities to bear by starting small businesses, paying local and federal taxes, and running for political offices.

The time for reliance on the generosity of the government of the fortunate few is over, extensive citizen participation is the only thing that can turn the Nigerian situation around for the better. We must end the blind support of the visionless opportunists who has failed Nigeria and Nigerians repeatedly for the past 57 years. The opportunity to move Nigeria forward is now, and the youths must lead the way by refusing to sell their votes, resist becoming disruptive tools for the visionless money bags, and by exercising their rights to vote and be voted for.