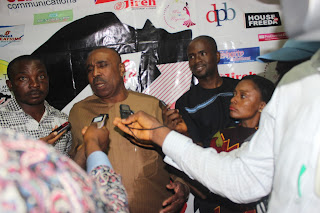 A book launch organized by Ik Anyanwu of Arise Afrika held over the weekend at the Amaechi Hall of Rock View Hotels, Owerri. The launch, which unveiled two books written by Professor Bernard Thompson Onyemauchechukwu Ikegwuoha, titled "Leadership Theory and Practises: Critical Issues, of Political and Economic Development" and "The Igbo People of South Eastern Nigeria; Issues, Questions and Dilemma of Leadership," drew the creme de la  creme of the Nigerian society to the venue. Professor Patrick Nnamocha, while doing the citation of the author, described him as erudite scholar who would not get tired even in retirement.

It was a huge success​. Many thanks to all  media partners of Arise Afrika for your collaborative support.

Watch out for Official photos