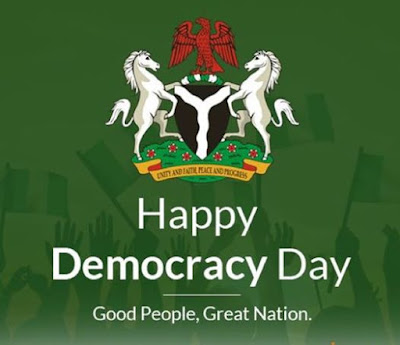 Democracy day is a public holiday in Nigeria.  This public holiday commemorates the restoration of democracy in the Federal Republic of Nigeria, when the newly elected Olusegun Obasanjo took office as the President of Nigeria May 1999 ending multiple decades of military rule.
Happy Democracy Day Nigeria.
As we mark this day, we also reflect on the Midterm Achievements of President Muhammadu Buhari and Yemi Osibanjo Administration.