Nkem Speaks on Dating At 30 years 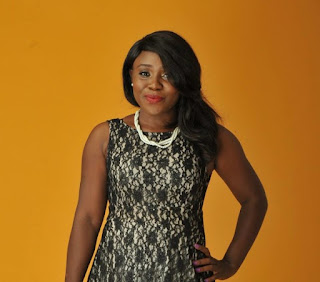 When you’re 16 and you hear that someone is turning 30, you regard them as some ancient fossil because…let’s face it, 30 is still so far away for you. Heck, even when you are 25 and someone says to you: “I’m 30” and you also find that they are still single…hah! Your heart skips a bit. You count five fingers and you secretly say to yourself: “God, please, I don’t want to be 30 and still be single like this sad person. Biko.” Not that the person is sad or anything, people just tend to have that impression.
You are 30+ and single, so you have to be depressed, lonely, self-centered or damaged. Basically, there must be something wrong with you. Because, how could you possibly be a full, complete, joyful person leading a meaningful life when you are not married at a certain age?

Somehow ‘30’ has been marked the year of ‘oldness’. Not just for women, but for men as well. Unsurprisingly, women have it worse than men. While for women the dating pool shrinks at that age, the dating pool grows wider for men. Single women from as young as 18 to as old as 45 show interest in the men, while the 30-year-old female has to sift through a small mix of widowed men, divorced mean and scheming sugar boys.

This is the situation because men, in general, value traits that indicate fertility in women (and women who are 30 and above, even though their sexual desire stay strong, are not exactly bursting with fertility)
Women, on the other hand, value such traits as high social standing, ability to provide and confidence (which is where most men at 30 and above shine).
Thanks to good food and vitamins, expensive body creams and of course, cosmetic surgery, however, a number of women who are 30 or more look a lot younger than their real age, thus they do not go through the regular hassle others their age may face with dating.

I strongly believe that advantage these women have is the reason some of them are able to lie about their age and get away with it. Most will stick to being “26” for years…but then, as my very good friend Toyin would always say: “Nkem, look at their feet. The feet never lie”.

Till today, I still don’t get it, but apparently, somehow the feet tells the truth about how old someone truly is.

Dating at 30 sucks and here is why: At 30, you are wiser, you are smarter, you have finally realized you are awesome, you have learned what you want and what you do not want, you are ready to find someone worthy of you and you really do not have the patience to put up with crap from anyone anymore.
For some reason, however, you still have a lot of immature, unserious and just psychotic people coming at you. In their minds, you are desperate and will accept them anyway and this is utterly frustrating. Forget the story that people who are 30 and above are desperate.

I personally believe that the desperation cycle starts at 25 and ends at 29. It is in that age bracket that you start to wonder whether you might be single forever and parental queries about your relationship status start to become quite panicked. At 30, however, your Nigerian parents have subconsciously given up, and you, most likely have learned to deal with the social stigma of being alone.

I had a discussion with someone a few days ago on Instagram, and he asked my opinion on a dilemma he was facing. He is 34. His parents, because they think he is already too old, are trying to hook him up with a family friend’s daughter who is 28, but is yet to find a job.
His argument was that he was not ready to be with someone who was unsuccessful professionally, as ‘work ethics’ is important to him. He assured me that it was not that he needs a wife who would contribute financially to the marriage.

He had a successful business already, and money was not an issue. In his opinion, if at 28 a woman is still not sure or has not made any moves towards carving a professional/career path for herself, she is not marriage material. Hard work and willingness to pursue goals than physical beauty were worth more to him than ‘Ajeborism’ or Queen’s English. In his words: “A middle-class or even low-class lady who has put herself through university and landed a full-time job – even if it pays very little and she has no car, would earn more respect from me than a girl whose wealthy father bought her a car, despite the fact that she has not held one single job in the 5 years she graduated”.
There really was nothing left for me to say, as it was apparent his mind was made up. He was unwilling to settle for less than he wanted.

This is not to say that only those who are 30 and above are mature enough to make the best decisions when it comes to relationships; I am also not saying that people who are younger are not capable of being intelligent and independent under 30. That being said, I have heard people make such comments as “Ah, Abeg, he is more than 30. He is too set in his ways. He will be too domineering. He won’t be romantic jor. I can’t”, and “she is 30?! Waaawu, I wonder what happened. Please, I don’t want to enter 1 chance ”.

The way I see it, at 30 and above, the man or woman is likely to have their own interests, friends, hobbies, and are not likely to rely on you for their own social life as someone younger would.

This should be refreshing for anyone who is mature and ready to be in a serious relationship. How is it that these attributes still do not present them as the “hot cakes” that they are?
Why is it that the dating field remains such a hard place for them to navigate?

Nkem Ndem
About Nkem Ndem
Nkem Ndem V. is a dynamic freelance writer and editor who can be reached for online writing(web content and blog) and editing, screenwriting, ghost writing, copy proofreading and book reviews. With a degree in Mass Communications, Nkem has been working as a freelance writer since 2011 and has collaborated with several organizations including Jumia, SpiceTV Africa, and Bella Naija. Also, she works part-time as an English language tutor to prep candidates for EDEXCEL IGCSE, TOEFL or IELTS. Check out her Instagram page @kem_dem.