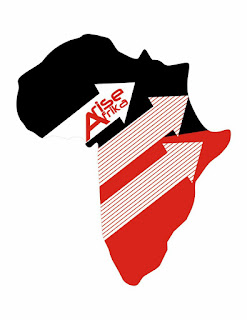 An  Illustrious son of Okigwe Zone  Ikechukwu Anyanwu….the publisher  of Arise Afrika Magazine has spoken volume of the capacity of  Arise Afrika in raising the beautiful continent of Africa one information at a time,

“We are beginning from our community, beloved Imo State and our nation. blazing a trail in the area of news update, leadership blogging,  reshape our society, recreate our ethical, cultural values.

As the race to occupy the Douglas house come 2019, we would play an active role to ensure that the people are well informed so as to make the right decisions.

At this time of economic recession, our people really want to be liberated from the untold hardships, hunger and sufferings and shackle of gimmicks which is characterized by self seeking and self enriching politicians who makes lots of promises to the people to gain their vote and only abandoned them.

He spoke about the Rescue Mission Government and gave the government some kudos, although more needs to be done for the people. He explained the word RESCUE to simply mean “the act of assisting to make sure that a person or situation is saved from a great danger. More especially when life is involved. Another word related to this word Rescue, this time around, the word redeem is more spiritual and often used by people or the most desired and admired aspect of being rescued or saved in the present situation. The person or situation seems more palatable and reassuring; this time around the person has a long lasting feeling of freedom and deliverance.

The Executive Governor of Imo State, HE Owelle Rochas Okorocha OON has really played a vital role as the driver of the Rescue mission in Imo State Government. For the record of truthfulness, the Imo situation before 2011 Election, necessitated the call for the Rescue mission and that was the expectation of Imo people based on the Prevailing circumstances in Imo state due to the dislike of Imo people, on the behaviour of the pilot of the Clean and Green Government of H.E. Ikedi Ohakim, that Govt, seemed not accepted by the people as that Ohakim lost the  integrity  and the cooperate Sanity of the Social Contract and respect for governed or Citizenry. Imo people came out, that gave birth to Rescue Mission .

We will simply  submit that Okorocha’s Rescue Government has recorded huge success and has made wonderful impart in the Annals of Imo State Politics based on innovation, infrastructural development, youth encouragement and empowerment more especially on free Education, functional city and raising the living standard of Imo People.

Government alone can not deliver on this mandate of transforming the state, their has to be a collaborative support from the citizenry.       Therefore,  Arise Afrika has been making serious statements in this regards.

WHO WE ARE
Arise Afrika.COM   is the media arm of a non governmental and non profit oriented organization. An off shoot of Global Circle of Friends Network (GCFN) a community based organization founded by Anyanwu Ikechukwu in 2005.
With Arise Afrika  we are on a movement geared towards re-engineering the mind set of Africans about sustaining themselves in their immediate communities. We hope to help our youths to discover and develop their talents so as to make a positive impact in the society.
The online news platform is used as to promote social democratic values of Justice, freedom and democracy. Create a reawakening of our strong and sustainable ethical and cultural values.
The future lies with the youths and they need to be steered away from negative influences. Our nation needs to arise from the deep slumber that we have fallen into  and our youths must take our own destinies in our own hands . Nigerians must cooperate with each other to build a better functioning communities through small scale industrial vocations. We must become advocates for better governance and implementation of policies that affect the society.
Arise Afrika seeks to develop and encourage youths to embrace their full potentials in all spheres of human endeavour and not to feel alienated by the present severe socio-economic conditions. The youths must be challenged to recover lost values through the same cooperative dedication and strength that must pull them out of the fangs of poverty.

UNVEILING CEREMONY
The city of  Owerri will be  agog as prestigious Personalities, brands, educationist and technocrats graces the Unveiling of Arise Afrika Magazine put together by Gcfn Consult and All Africa Media Networks ( Publishers of Newspaper based in Ghana)

The event would hold on 26th of Nov 2016 at Rock View Hotel Owerri, a civic gathering that would feature technocrats, educationist, captains of industries, civil society leaders , opinion molders and the general society in a discussion that will elaborate on the need of inculcating self-sustaining ability, positivism in our daily activity as ways of strengthening  Nigeria's future will be taking place.

OUR JOURNEY
The pivotal South Eastern States of Imo and Anambra turned 40  in February  this year and thus presented us an ample opportunity to co-host Imo @ 40  commemorative lecture in Imo which reflected on what the future holds for Nigeria as a united nation regardless of its  regional tensions, like Boko Haram in the North east, Niger -delta militancy in the south-south and Biafra agitations in the south east.

OUR STORY
The Magazine shall be carrying Pictorials of the iconic Imo @ 40, Lectures from the following  Speakers: ag Vc Imsu Prof Adaobi Obasi, Prof. Chidi Osuagwu, Rev Fr Prof.Phillip Anyaehie,  Prof.B.E.B Nwoke,Dr MacGinger , Mr. Cliff Ayozie among others, were the major resource persons that presented papers on the confab put together by Nigerian Eye Newspaper and GCFN Consult .

The lecture on the theme : Analysing the future of South east socio-political persuasion in todays Nigeria; the way forward,  with Sub topics created from the above theme, was  handled by these renowned Nigerians in other to entertain diverse opinion from communities and opinion leaders in and outside of the south eastern region and obtained a rational ,harmonic and nationalistic report from the discussion.

The Executive Governor of Imo His Excellency Anaya Rochas Okorocha was the special guest  represented by Hon Engr Ibeh Commissioner of Youths, Sports and Information who gave the keynote address.

Why focus on Sociopolitical Persuasions?

The 2015 elections that brought a change in government, increased the positive surge in political consciousness of usually non-partisan youths and adult and must be effectively taken advantage of in propagating civic education in the populace and this year’s lecture presented an ample opportunity for soul search and reflections on the issues limiting the south east socio-political development and stratagems to conquer salutation of mediocrity in the zone.

The event peaked with honoring of exceptional individuals and brands that have contributed in the Socio-cultural and economic advancement of South east in the past 4 decades regardless of the tribal loyalty, religious or political affiliation of the individuals, Late Dee Sam Mbakwe and Justice Oputa, Sir Warrior were  honored posthumously at the event. Other winners of award emerged from voting on: visit:www.Imo.nigerianeyeonline.com
We shall be bringing memories of this event in colours.

HIGHLIGHTS OF THE EVENT WOULD  INCLUDE: